I first heard of Otherwordly Izakaya Nobu this past October at New York City Comic Con.  Only an occasional manga reader, I sat in a panel room and listened to a room full of my peers and friends talk about some of their favorite manga titles for young adults.  Everyone on the panel, and an obvious nodding audience, agreed that Otherworldly Izakaya Nobu Volume 1should be one of the first titles occasional or new readers to manga should read right away.  When my Editor at Diamond had Otherworldly Izakaya Nobu Volume 1 on her next list of titles for me to consider a few weeks later, I saw it as a universal sign that I should indeed review the title.

A Japanese style pub called “Nobu” offers much more than just food to its many patrons.  Located in a back alley of the fictional medieval European city of Eiteriach, Nobu showcases new food courses that completely transform the lives of the patrons that eat them.  In fact, each patron’s transformation is so intense they often feel as though their consumption of Nobu’s foods takes them to an otherworldly place.  In one chapter, oden potatoes bring solace to weary soldiers.  In another chapter, Miss Shinobu’s special napolitan brings comfort and a sense of home to a rigid tax collector.  Even the unique dish ankake yudofu satisfies an otherwise dissatisfied and picky princess.

No matter what concerns you bring with you when you eat at Nobu, there’s a strong chance the Japanese style restaurant’s cuisine might transform your life.

And if you’re still hungry for more, keep an eye out for Otherworldly Izakaya Nobu Volume 2 out later this month.

CCSS.ELA-LITERACY.RL.8.1
Cite the textual evidence that most strongly supports an analysis of what the text says explicitly as well as inferences drawn from the text.

Because each chapter (or course) centers on a specific patron(s) and his or her food order(s), students can use a series of entries in a server’s notebook to keep track of all the various food orders and their resulting experiences.  These entries will provide high level overviews of the key ideas and details from each chapter of the story. 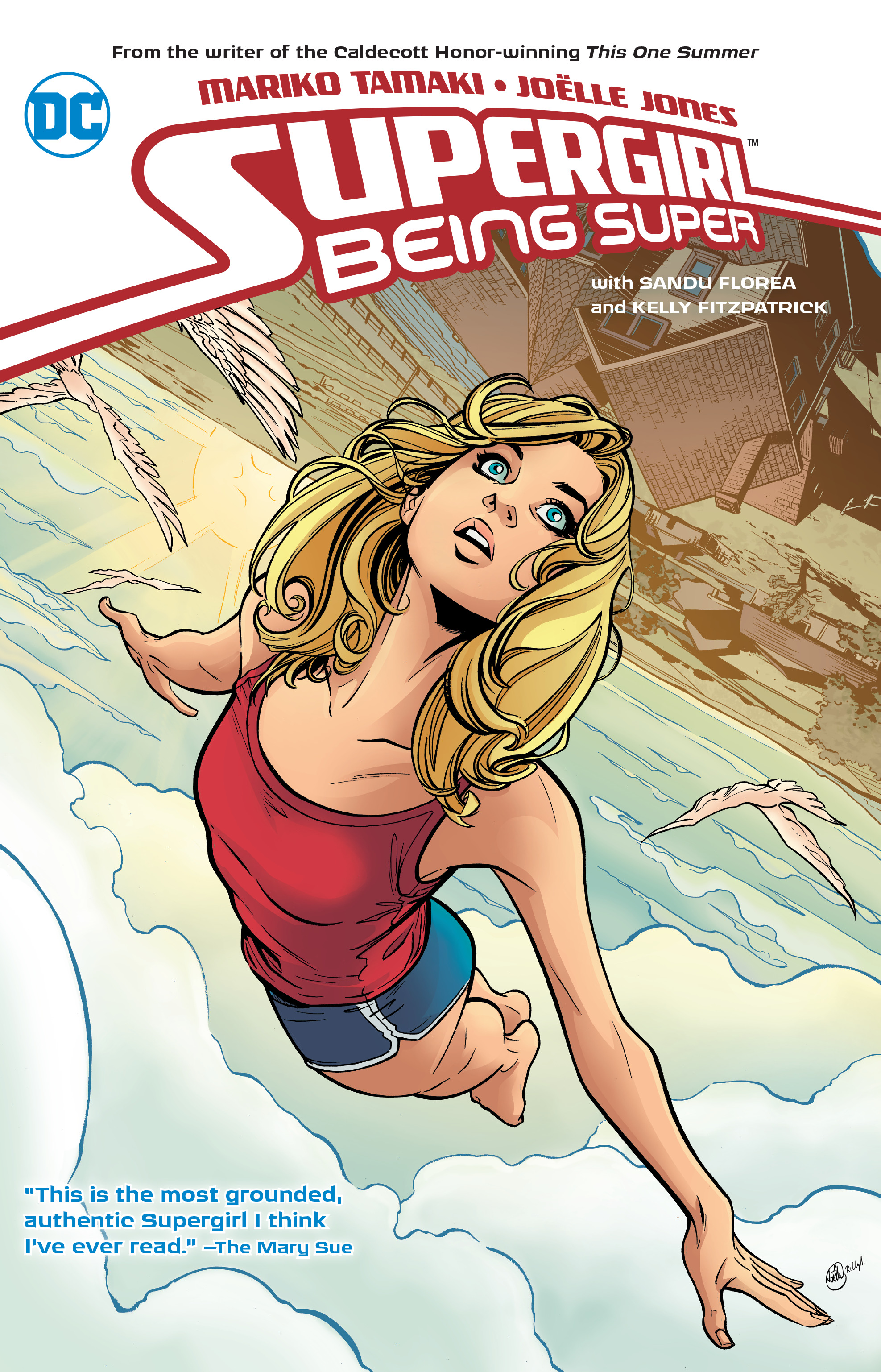 Kara Danvers is torn between the world she lives on and the one she remembers in her dreams.  After crash landing on earth as a child, her ship was found by Eliza and Jeremiah Danvers.  Adopted by the Danvers and encouraged to keep her powers a secret, Kara’s biggest concerns at Midvale High School are her upcoming 16th birthday, her next track meet, her two best friends (Dolly and Jen), and her latest bout of acne.

During the Midvale High School track meet, however, Kara’s priorities and powers are put to the test.  Kara must choose between keeping her abilities a secret or attempting to save her best friend during an earthquake that literally splits the ground wide open. A Kryptonian at heart, Kara’s instincts are to help save people and do the right thing.  But sometimes doing the right thing doesn’t also equal getting what you want, no matter how hard you try.

After a failed attempt to save one of her best friends, Kara must live with the fact that her powers have been noticed not only by the townspeople of Midvale, but also by some researchers posing as residents.  Depressed and stunned by her loss and the exposure that has come with it, Kara retreats to the Danvers farm only to realize that now that her powers are evident it’s only a matter of time before law enforcement arrives at the family farm.  Running away in order to protect her family and friends, Kara accidentally discovers a research center underneath the city of Midvale.  Detained against his will, Kara even discovers another Kryptonian (Tan-On) in the research center.  While Tan-On and Kara make plans to escape together, Kara wonders about his motives.  After being tortured and detained for years by the human researchers on earth, Tan-On wants to destroy earth and all life on it.

Still reeling from the loss of one of her best friends, Kara must choose to fight for her family and friends once again, but this time against a fellow Kryptonian bent on getting complete revenge on humankind.

Plot: While Kara Danvers may seem to be just another runner on the track team at Midvale High School, she’s actually a Kryptonian whose adopted parents have encouraged her to hide her powers.  But when an earthquake threatens Midvale, everything changes and Kara must make some tough choices.

CCSS.ELA-LITERACY.RL.11-12.3
Analyze the impact of the author’s choices regarding how to develop and relate elements of a story or drama (e.g., where a story is set, how the action is ordered, how the characters are introduced and developed).

Kara Danvers’ actions (or decisions) are key to understanding how the author and the illustrator develop the storyline.

Educators can ask students to keep a top ten list of Kara’s key decisions throughout the story.  To document their understanding, students can write down a summarized title for each of their top ten selections, an explanatory paragraph, and an accompanying and summative supporting image(s) as well.

Dr. Katie Monnin is the Director of Education at Pop Culture Classroom in Denver, Colorado.  She has written dozens of articles, curricula, reviews, lesson plans, and 8 books about teaching graphic novels, animation, video games, social media and other pop culture topics in the classroom.

Comics 101
For Teachers
For Parents
For Students
Press Room